The use of TypeScript. Why? 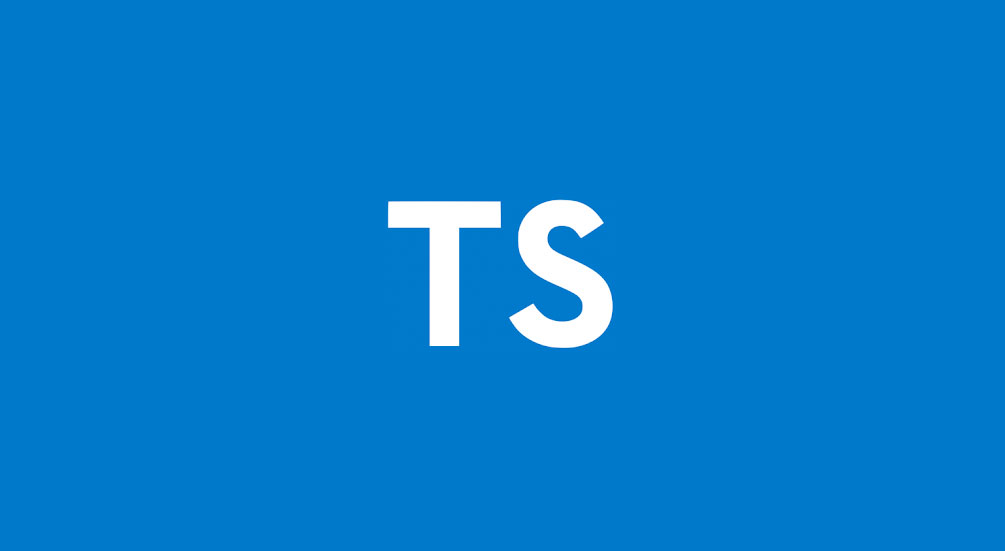 • The use of types,
• My framework uses typescript (Eg. Angular),
• The ease of use of OOP programming,
• My Java developers can immediately start programming because of the familiarity Typescript has with Java,
• Typescript allows me to use my tooling like autocompletion,

Of all these arguments I can just as easily say a counter argument. For me the only really valid point is the second argument in above list.
When you choose a framework where all the documentation is written in a language it is hard to break out of that language.

Let me try to explain why I am not convinced in these arguments.

Types
In using good programming (mind you I say programming not Typescript) we make use of Types (often seen as objects in OOP).Types are defined by a contract not by using a keyword that loses its purpose in runtime.
The use of types in Typescript are only used to satisfy the compiler, but then we added this compiler as a language tool (like any compiler). But here it comes, the angular compiler is not so much as a compiler but more of a transpiler. It transforms the Typescript to Javascript and it erases all type information once the resulting code is left as Javascript. Also what I have found is that the use of types is often neglected as I will argue in a later reasoning here.

I like dynamic languages. The give me an feeling of productivity that I cannot achieve with statically typed languages like Java (or Typescript).
I like to work with the mantra:
if it walks like a duck and if it talks like a duck, it's probably a duck
For me this is all about the contract.
When the object in question does not follow the contract it just isn't the type we need in this context. If we use Typescript to define our types we know it is fine during compilation however in runtime there is no such confirmation or construct that we are using the expected type. The only way to way to verify this is to test.
Why do I say we have no such confirmation in runtime? Well too often I see developers make use of the 'any' type. 'any' basically says: I don't know what type we're using here but trust me it's gonna be alright.... ?
This 'any' and the loosing of typing in runtime can give us false safety.

The latest versions of Typescript have undergone some much improved additions to the typesystem. This makes the use of types much stronger and I dare say even better as you can no even use types (to some degree) in such a way it will contain logic that foregoes the use of unit tests. This means the compiler is able to apply logic to the output of some functions so the functions no longer need to be tested. I even saw a usage of this that is able to solve sudokus at compile-time. Though this seems great it costs a whole lot of understanding new ways to solving solutions programatically. The complexity is really big when using this approach and leads to other costs during development. Eric Elliott calls this
Typing overhead. In my opinion if you really want to use typesafety in your web development you should thing of languages like ReScript. ReScript offers typing but due to superb type-inference you will hardly notice this when creating your code, but your IDE and compiler will still be able to confirm to your used types.

In fact ES6 offers this construct so it is not even exclusive to Typescript.

Now I favor the use of functional programming over oop, while this is not entirely so. I really prefer the use of a hybrid approach of using both functional and oop in my code.

I see the use of services best described in a functional pattern, not in the way Java promotes. Java services are often a collection of related methods combined in an object. To me this is more or less a Façade without the usage of multiple delegated extra components.

Coming from a different language
I heard a few of my peers tell me: "well thanks to Typescript my java developers were able to code for the frontend because the language is practically the same."
There is so much wrong with this argumentation, I hardly know where to begin. Let me try though.
Being able to program in another language because the syntax is so familiar is like saying you can use oranges for your apple pie because they are both fruits and hang both on a tree and you have to peel their skin off.
Go and tell an average Java programmer to start programming in C# because the syntax is nearly the same. It just doesn't work that way. Sure the programmer is able to produce some code, but let's call it at that ok? Tell a windows engineer to setup a linux server, they are both servers and have a cli. I think you got my meaning.

What this allows you to do, is to basically say: any property you add to this interface is allowed.
Object literal? Any? (pun intended).
We basically leave the contract so wide open it basically becomes void.

Tools
Typescript allows me to use tooling for my productivity.
Well this seems to me it's the other way around. Aren't tools used to enhance our productivity? Shouldn't tools provide a means to make our work easier? In that way Typescript is a tool but so is javascript. And this is exactly my question: Why should I use Typescript?

Visual Studio is an editor that allows me to use plugins to enhance my writing of code. but it also allows me to enhance me my writing of javascript code, not just Typescript.
Personally I have a multitude of tools I write my code in. I am a vim user (neovim for that matter). I have found lots of ways to increase my productivity in that editor.

Do I want to be convinced to use Typescript?
Well I certainly want to understand why I should use Typescript over javascript. I just don't see it.
I would be very happy if someone could point out to me what I am missing. I want to share knowledge and I certainly will try to provide this found knowledge to others in helping them.